A train station is where the train stops... 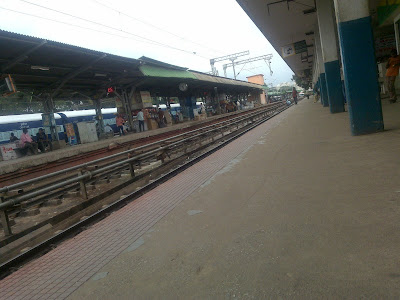 Over the years the amount of time that I spend at a railway station has considerably lessened, I went to a station maybe twice this year. But I just love the hustle-bustle of a railway station in an Indian city and generally do not mind waiting too much (which is a good thing because of the schedule-adherence record of Indian railways :D).

This pic is of one of those rare times when I saw the Bangalore railway station a bit silent.