Showing posts from October, 2011
Show all

10/28/2011 01:34:00 PM
Thanks to work, and preparations for Deepawali, the second week of my project lasted a couple of days longer than two weeks. But through it all I'm happy that I was able to stick to my rule of devoting only the non-productive time to the book at hand.
The book that I'm done with now is "Gandhi An Autobiography - The story of my experiments with truth", which, as I know now, was written in Gujarati originally. The style of the book is very simple and conversational, which makes it an easy read. The author didn't write it in one go, or take too much time out from his daily schedule to pen this. Instead, he tried to complete a chapter or two each week, which makes it easy for the reader to have breaks between chapters (and suited my reading pattern just fine).
The author is one of those people who bring out deeply polarizing opinions in people. I am yet to meet someone who looks at him objectively, he is either the Mahatma or the selfish politician who played favourit…
Post a Comment
Read more

Deepawali, a set on Flickr. some clicks from Deepawali in 2011.
3 comments
Read more 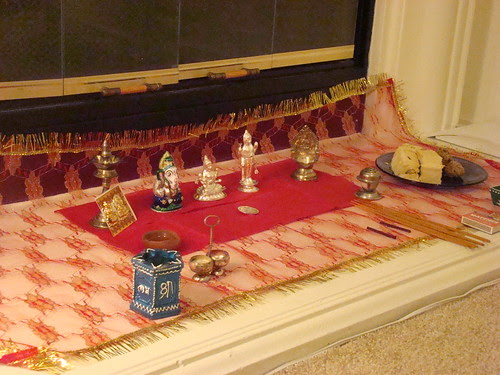 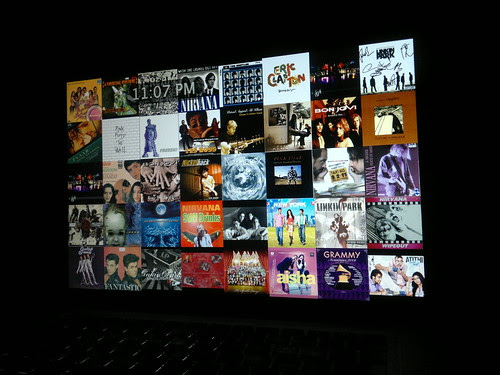 my screensaver, a photo by urmilesh on Flickr. looks real nice when it's dark, one more reason for me to try and have album art for all my music.
Post a Comment
Read more

luxury across the fence 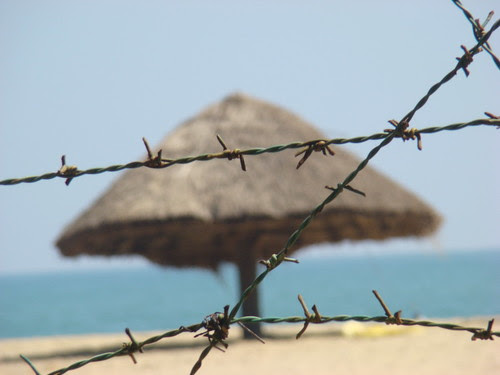 luxury across the fence, a photo by urmilesh on Flickr. stumbled across this old pic, taken at the Pondicherry coast
1 comment
Read more

10/16/2011 11:37:00 AM
I have been totally swamped at work since I started Week 3, and so I've not made as much progress as I would've liked on the book. Actually, read that as no progress at all.
But I am not complaining, since I am enjoying this time at work, nice and interesting. Hopefully I will be back on Sunday with my view on the current book and my pick for the next week.
Post a Comment
Read more 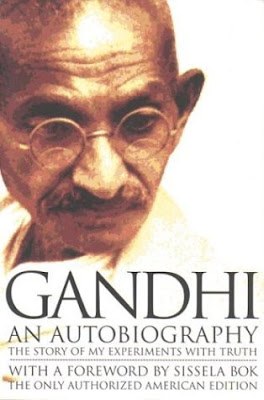 Week 3 of The 30 Week Project beckons, and it is this week that will test my resolve for the first time for I am totally inundated with work. Nevertheless, I will try to stick to it, and hopefully will be successful.
Week 3 started on October 2nd, the birthday of one of the most well known Indians. So I decided it would be the right time to get to a book that has been on mylist for some time now. The book is "Gandhi An Autobiography - The story of my experiments with truth".
I have read parts of this book in Hindi a few years ago. Since then I've wanted to give it a complete reading but something or the other kept popping up. But now the stars have aligned in the form of my 30 week project, and my wife randomly buying this book, so I shall make full use of it. I went through the first few chapters this morning on the way to office and what stuck out for me from the introduction were the bits where he asks the readers to not take like/hate any idea because he does so, but to…
Post a Comment
Read more

10/02/2011 02:09:00 PM
It wasn't too much of a reading week since I finished the book in a couple of days flat. Turns out that was for the best since I haven't had any time to spare from work since then.
As I'd mentioned, I'd taken up Lee Goldberg's "Mr Monk is miserable" last Sunday. It was a fun breezy read and for the most part it kept true to the portrayal that we have seen on TV. It was a good idea on the author's part to stick to Natalie's first person account of the events. She has the best view of Monk and the mystery at hand, and provides the much needed saner voice when Monk is going berserk in his own way. As is common with Monk, investigating is something that comes as second nature to him and it isn't really the centre-piece of the tale so to say. That honour goes to Monk being Monk  when experiencing Paris, trying to find order in chaos, trying to arrange all human skeletons by type in a Catacomb, trying to single-handedly clean up the streets of Paris, …
Post a Comment
Read more
More posts