Showing posts from January, 2012
Show all

नाम विजय चौहान, विजय - दीनानाथ - चौहान. पूरा नाम. In the original Agneepath (अग्निपथ), released in 1990, these lines served the purpose of establishing the character of Vijay Deenanath Chauhan (VDC) and of reminding the audience of his quest to vanquish those who wronged his father Master Deenanath Chauhan. In Karan Malhotra's adaptation, they are used more as a homage to the original, towards the fag end of the movie, which is a very wise move indeed since it would have been a near impossible task for Hrithik Roshan to match what Amitabh had delivered all those years ago. Just take a look at adult VDC's opening scene from the original And if playing the role similar to the way Amitabh played it is near impossible, portraying Krishnan Iyer M. A. (pronounced Yum Yay) is well beyond impossible for any other actor. And since Mithunda is on the other side of 60 now, director Karan Malhotra did the next best thing that he could do - rewrite the story to not have a second lead and a…
Post a Comment
Read more

"ऐसे वीराने में एक दिन  घुट के मर जायेंगे हम जितना जी चाहे पुकारो फिर नहीं आयेंगे हम."
Such strong lyrics, you would want to be heartbroken to be able to sing this. I leave you with three versions of this awesome awesome song, do listen.
First one is the original, from the 1958 movie यहूदी (Yahudi), in the ever melancholy voice of Mukesh, fittingly filmed on the tragedy king Dilip Kumar.

The next one is from the soundtrack of the movie 'The Namesake', sung by Susheela Raman. I am pretty sure this version does not have an official music video, I am posting the top result from YouTube here.

And this last one is the MTV Unplugged version of the above song by Susheela Raman, which is pretty pretty good.

In the book Helen - The life and times of an H-Bomb, author Jerry Pinto tells us just how close Helen came to personify these (and many other similar) words in her screen persona that extended across multiple movies spread over almost three decades. In doing so he doesn't just take us through the phenomenon that was Helen, he also takes this opportunity to take us through the myriad ways of Indian, mostly Hindi, cinema. This is as much a commentary on the phases of Indian cinema as it is on the way Helen, through the characters played by her, acted as a bridge between these. As someone who grew up on all sorts of Hindi movies, I can identify with the author's apparent unwillingness to openly criticize the movies that he discusses throughout the book, however kitschy or corny they might sound. The movie-buff inside the author,…
Post a Comment
Read more 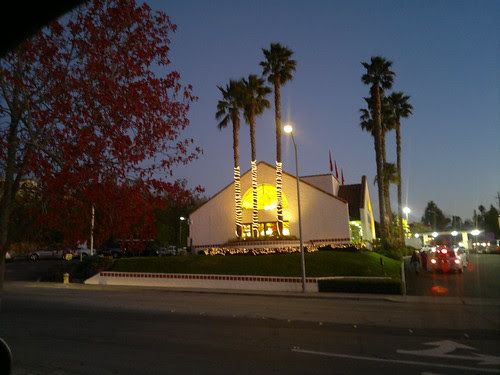 across the road, a photo by urmilesh on Flickr. Whether you're a regular here, or just a stumbler, I wish you a very Happy New Year. May you be able to hold on to your resolutions for the entire month of January.