Of Trains and Food, and Childhood 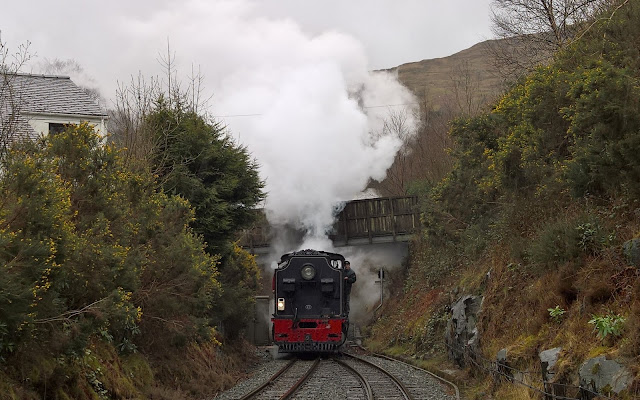 I recently came across this NPR piece by Charukesi Ramadurai, that talks of - among other things - the vanishing food culture on Indian Railways. It struck a chord instantly! I felt she was describing my own childhood, changing the names of the dishes we ate, and the places we traveled to.

For us, the most frequent trip was the 10 hour or so journey to our paternal & maternal villages (which were in close proximity), that started early morning and sometimes lasted through the day, just because. The unreliability of arrival time - that was built into the plan - meant my parents had to ensure enough supply for three meals for all of us. Us were 2 adults and 5 kids, and the invariable aunt/uncle who’d accompany us somehow on most of these trips.

Poori and Aloo-Bhajji was my mother’s go-to item. Packing food overnight was a no-no not only because she just wouldn’t have it, but also because we couldn’t really rely on the power supply and the steady operation of the fridge to keep it from spoiling in the summer night. So she prefered Poori-Bhajji because she could whip them up comfortably while she and my father got ready and ensured us siblings were ready to roll as well! This was accompanied by generous helpings of home-made red chilli and mango pickles (a speciality of my mom if I might add), and snacks like namak-para, namkeen etc. that would have been prepared over the last few days. All this was done in time for us to make it to the station at least half an hour before the morning train. I think it used to be around 7am, but I was always too sleepy (and of course too young) to remember the finer details.

Despite all the amazing stuff that my mother packed for our journey, I was always on the lookout for vendors. The cold-drink vendors carried their wares in a steel balti filled with cold water, and announced their arrival stroking the bottle opener either against the balti or the bottles (they were stacked up high enough outside water that you could stroke them and make a sound). They were pretty much like Pied-Piper, and the only way to ensure that the kids didn’t follow them on their way was to get each kid something to drink. Something about the train journey made parents broaden their understanding of what was good for us kids, and we all welcomed this approach. Forget cold-drinks, I was even allowed to have my own small cup of tea (at least) once every journey. Our enthusiasm for all of this was very closely matched by my father’s love for newspapers, and his habit of getting through as many different ones as he could. He bought local newspapers and news magazines all along the way, and there would very quickly be a barter system in place along with fellow readers, thus maximizing his reading time, and the variety of stuff he got through.

My mother didn’t mind these digressions since she invariably ended up feeding a few others sitting close to us (she always had more than enough food). I think she was also happy to not have to worry about running after us to eat every once in awhile. Since most of these journeys were in the summer months, ice-creams and kulfi were invariably on offer, and we were always (always) happy to oblige. This was followed by inventing games that could be played in the confined spaces of the train compartment. Games that involved a lot of running were of course out, and board games weren’t really practical in a moving and full train, so we had to get really creative. Most of the games we invented ended up being random guessing games - what side will the next platform be on, will the train stop at the next station, what colour will be the next car we see, will we see a station first or a railway crossing; and so on! Every now and then there would be (not so) gentle nudges from my parents to also include the kids of someone they’d befriended on the journey, and who were off-course not inventive enough to come up with their own games (or didn’t have the strength in numbers that we had). One of our favourite pasttimes used to be to jump from the top berth, or climb it from the floor without breaking a sweat - but we physically outgrew that option a little too soon!

The games (and our energy) went up and down, but it all invariably came to a halt when the train reached Gorakhpur. This was an important station in the scheme of things, extremely important! Being a major junction, the train stopped here for 30 minutes at least, which meant that we were allowed to get onto the platform with supervision. But more importantly, this meant Comic Book Stalls!!! Comic book stalls at train stations were like candy store and Disneyland rolled into one for kids of my generation. The 20 minutes or so that we got to spend at the stall throughout the journey was easily the highlight of it all. We had limited budgets, and the stall owners were not very accommodating when it came to letting us read before buying, no browser’s paradise this. This led to complex trade-off and budgeting calculations in our head, and extremely quick and yet hairy negotiations among siblings. We all wanted to read the same comics in the same order, so negotiating our preferred order of reading was a big deal in the scheme of things. We mostly had a system, which went extremely well until the advent of ‘Comics Digest Magazines’ from Raj Comics. Our fascination with those deserves a post of its own, but suffice it to say that our time at the Comic Book Stalls was messier whenever they released an issue.

Gorakhpur was also an important halt since my Aunt lived there, and she would often come visit us at the station. Every once in awhile she would actually join us for the last leg of the journey - from Gorakhpur to Deoria - and it never stopped being fun! She would bring her own supply of home-made tea and namkeen, ensuring we were well stocked for the last leg. These served us well as the kids were engrossed in the just-acquired comics, and the adults indulged in catching up. One aspect of this last leg of the journey was unanimously hated by the adults and loved by the kids, the inevitable delay while the train waited just outside the destination station for the right platform to free up. You could hear a lot of regular travelers knowingly talk about the train being stuck (Outer pe khadi hai!). This Outer was the mystical place where trains would just hang around until they were lucky enough to be allotted a platform. It could be anywhere between 2-30 minutes away from the actual platform, and there could be multiple halts creating multiple instances of this mystical Outer. This is where the regular travellers earned their stripes, by knowing when it was worth their while to just get out of the train and walk, rather than wait for the luxury of getting down at an actual platform. This was off-course an option not unavailable to long distance travellers like us, who had to just wait it out. We loved it since this gave us that much longer to stay engrossed in the comic books we’d just bought, and it was with heavy hearts that we would finally put them away once we reached the destination.

There’s much that still goes unmentioned, and much that changed in my train travels through the years. The train rides as an adult had their own charm, but in the memory house they don’t hold a candle to my childhood journeys. Nothing could! My memories of those annual summer sojourns are all a mesh inside my head, where everything of note happened in the same journey and it’s not possible to distinguish between them. It’s almost as if I got in the train as a kid, had these journeys, created this memory-mesh without realizing, and emerged an adult (pseudo adult) ready for my train journey to Bangalore for my first job.